In 1989 Mazda were confident the first generation of Mazda MX-5 would be a popular sports car. What followed in the next 30 years was a most remarkable evolution, propelling MX-5 to icon status and into the Guinness Book of Records.

A Legend is Born

1. The first Mazda MX-5 was unveiled to the world at the 1989 Chicago Auto Show, exactly 30 years before the unveiling of the 30th Anniversary Edition this February.

2. The idea of the MX-5 was first sold to Mazda well before 1989. Bob Hall, a journalist at the time, came to Mazda with a sketch of an affordable, lightweight sports car in 1982. The result of that meeting saw Bob become a Mazda employee.

3. Two prototype models were built in the mid 80s and for various reasons were rejected. The third prototype went on to become the first Mazda MX-5.

4. The intent of MX-5 was to create an inherent harmony between car and driver. This harmony is as ‘Jinba Ittai’ - a traditional Japanese concept meaning ‘horse and rider as one’.

6. The first generation was an instant hit, celebrated for its simplicity and connectedness to the driver as well as its rounded design featuring pop-up headlamps.

9. The second-generation MX-5 was built from 1997 – 2005. The most notable change was the inclusion of fixed headlamps instead of retractable ones in order to pass pedestrian safety tests. 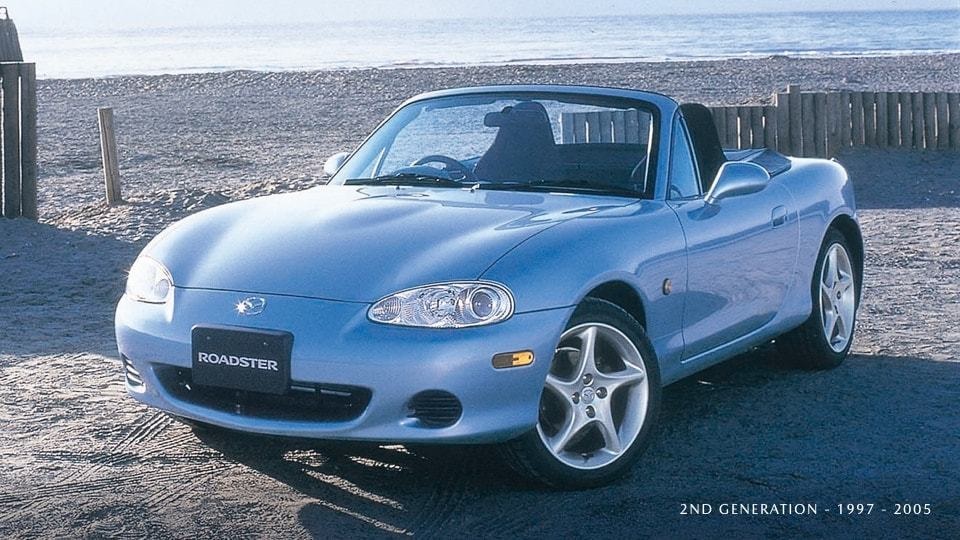 10. This second-generation MX-5 SE was the first to feature a special turbocharged engine.

12. The third generation was in production the longest, from 2005 – 2015, and was the first model to come with the option of a power retractable hard-top.

13. The current generation was launched in 2015 and has won more accolades than any other.

14. Mazda MX-5 has been built adhering to a rare 50/50 weight balance between front and rear, allowing the driver to feel more connected to the road.

16. This MX-5 then went on a global tour with one million fans from around the world adding their signature to the duco.

17. The MX-5 has won almost 250 international motoring awards in more than 20 countries including the ultimate World Car of the Year and World Car Design of the Year in 2016. 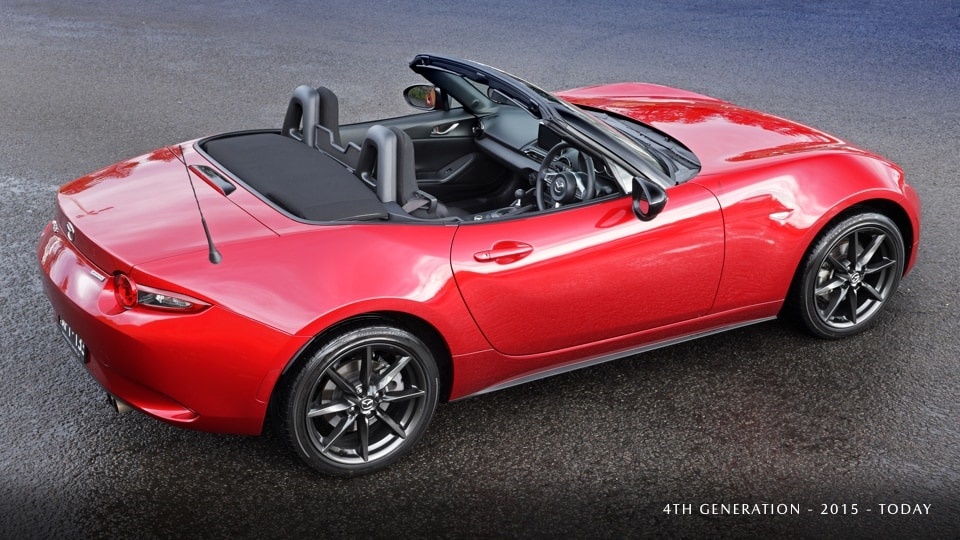 18. One of the world’s largest private collections belongs to Andrea Mancini. His collection of 32 MX-5s has been turned into an attraction called Miataland in central Italy.

19. The latest generation is almost 100kg lighter than the previous generation.

20. MX-5 is now available with a telescopic steering wheel, meaning taller drivers can experience the same level of driving pleasure.

21. There are seven MX-5 car clubs across all 7 states of Australia with some clubs boasting over 1,000 members.

23. The Global MX-5 Cup is the world’s biggest MX-5 competition held in the USA where purpose-built MX-5 cars compete across 6 races to win $200,000 in prize money. 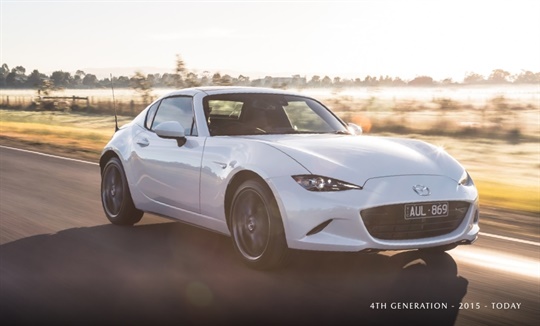 24. In the USA the Mazda MX-5 is called the MX-5 ‘Miata’. Miata means ‘reward’ in an obscure language called ‘Old High German.’

26. The appeal of MX-5 is universal. The balance between male and female owners is quite even with male owners slightly in the lead.

28. The current Mazda MX-5 RF (Retractable Fastback) has a folding hard-top roof that goes from closed to open in a staggering 13 seconds.

29. The current model MX-5 GT includes specially placed Bose speakers in the headrest delivering optimum sound when the roof is down.

As you can see there’s a lot to love about Mazda MX-5. That’s why is the world’s favourite roadster. Mazda would love to say a huge thank you to all our Australian Mazda MX-5 owners and fans. You’re the reason for the stunning success of Mazda MX-5 and we promise to keep delighting you with some of the world’s best driving experiences for another 30 years. 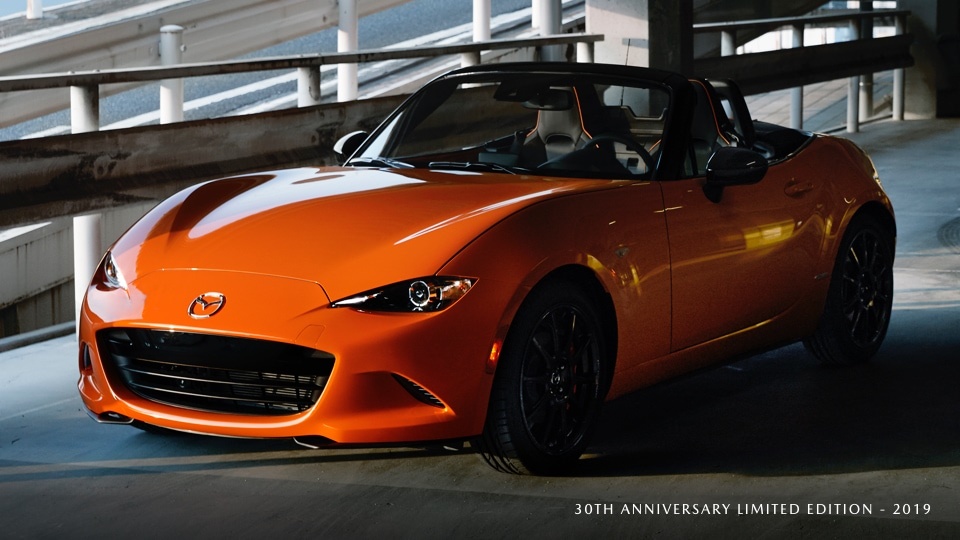 Learn More
Back to News