As the rotary engine celebrates its 50th revolutionary year, it’s time to look back and highlight some of its most legendary moments.

It was the decade of icons – an era defined by The Beatles, JFK, free love and civil rights. But as America was preparing to take one giant leap for mankind, Mazda was working its way into the history books with an unexpected icon of its own: The Wankel Rotary Engine.

Built to be smaller, lighter and more efficient than the standard reciprocating engine, Wankel’s design was a revolution in automotive engineering – transforming our understanding of the internal combustion engine forever.

Winning The Engineering Race In More Ways Than One

For a decade, automakers across the globe had been engaged in a race to commercialise the German invention before anyone else. But against all odds, Mazda came out on top. We did this by solving a number of technological challenges that had thwarted mass-production since its conception in 1957.

The Rotary Engine turned out to be an outstanding performer. This provided an exciting opportunity to enter the exhilarating world of motorsports. Success soon followed, further highlighting our innovation excellence on the world stage.

The result is an engine that’s lighter, more durable and a lot smoother to drive – an entirely different proposition to the reciprocating engine, where each of these processes happens within its own individual cylinder.

Remembering The Cars That Made History

Over the last half century, we have engineered more than 20 class-leading vehicles incorporating the rotary engine. But with every decade that’s passed, at least one has left a particularly memorable mark on the automotive world. 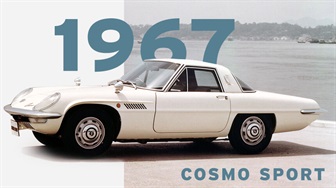 The Cosmo Sport, the world’s first twin-rotor rotary engine car was launched in May 1967.

Its low, streamlined silhouette and futuristic body took full advantage of the compact rotary engine and marked the dawn of a new era in driving pleasure. 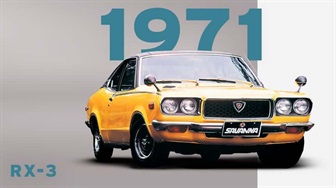 Launched in September 1971, the RX-3 was one of Mazda's most successful race winners.

It began by immediately winning the Fuji 500 before a string of successes. It also had a few Australian racing teams quaking in their boots, challenging the field in the 1975 Bathurst 1000 before finishing fifth outright and first in it's class. 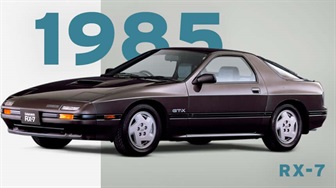 Developed for the ultimate driving thrill, the iconic second-generation RX-7 was launched in 1985.

It featured a powerful and responsive 13B-VDEI naturally aspirated rotary engine. This, combined with its refined body silhouette, made it one of the great sports cars of its time. 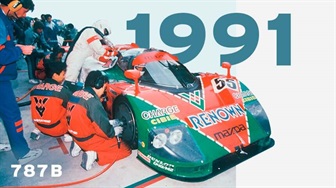 At the legendary 24 Hours of Le Mans Race in 1991 the 787B made history. It became the first, and still the only, Japanese-built car to win the race. It's also still the only car to win that was powered by a Wankel rotary engine. It was a defining moment and one that will forever be remembered as one of Mazda's greatest triumphs. 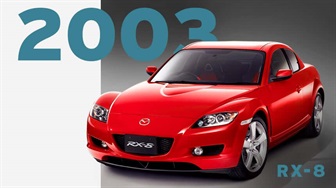 The RX-8, which debuted in April 2003, featured the new-generation RENESIS rotary engine.

As a new-concept genuine sports car with high levels of environmental and safety performance, the RX-8 won many awards, including the 2004 Automotive Research and Journalist’s Car of the Year Award.

In 2012, Mazda Japan announced it would be putting the rotary engine out to pasture with the discontinuation of the legendary RX-8. But since then, the internet has been awash with rumours claiming a rotary resurrection.

This may have something to do with the fact that our engineers are currently working on ways of using rotary technology to extend the driving range of electric cars. It may also be due to the unveiling of the new Mazda RX-VISION – a concept vehicle that beautifully combines the power and performance of rotary tech with the style and command of our signature KODO – Soul of Motion design.

Whichever it is, we can confirm that Mazda will continue to explore the potential application of rotary technology, and that driven by our willingness to take on any challenge – big or small – the wheels of our rotary history will continue to turn.